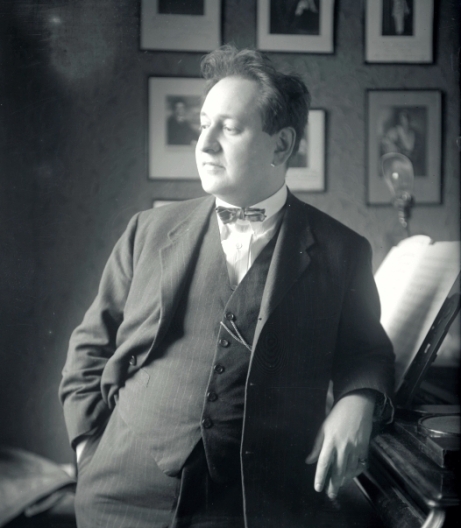 Not all Viennese composers are just famous for their contribution to the concert hall or opera house.; two, in particular, are well-known for the scores they composed for the cinema.

Gone with the Wind, King Kong. Casablanca and The Sea Hawk, Captain Blood, and The Adventures of Robin Hood are, respectively, the works of Max Steiner and Erich Korngold. Both men contributed enormously to the quality (and, in Steiner’s case, the quantity) of the music that poured out of Hollywood from 1930 onwards.

They came to their film careers from slightly different directions: Korngold, a pupil of Zemlinsky, was the wunderkind of classical music, writing his first successful score – the ballet Der Schneemann (The Snowman) – at the age of eleven; Steiner (yes, another wunderkind) approached Hollywood mostly from the angle of music theatre, composing (and conducting) his first operetta – The Beautiful Greek Girl – at the ripe old age of fifteen.

Here’s Steiner, reminiscing about his early days in Vienna and his subsequent career (did you know his father had built the famous ferris wheel in the Prater?? I didn’t):