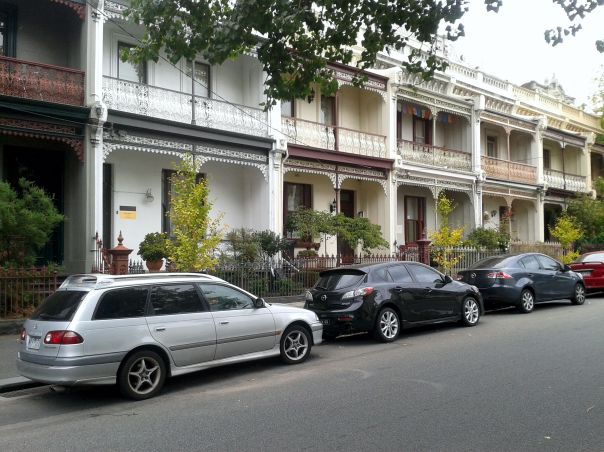 Not much outdoor activity; it’s raining  ̶  started this morning and is really quite heavy (Swansea equivalent = ‘perhaps you should take an umbrella, it looks a bit like rain’). Anyway, the good news is that this provided an opportunity to visit the Queen Victoria Market, a large indoor (obviously!) area full of goodies from far (carrots from wildly exotic Holland) and near (several variations on a theme of kangaroo).
There were fish stalls with some rather glum looking Barramundi, 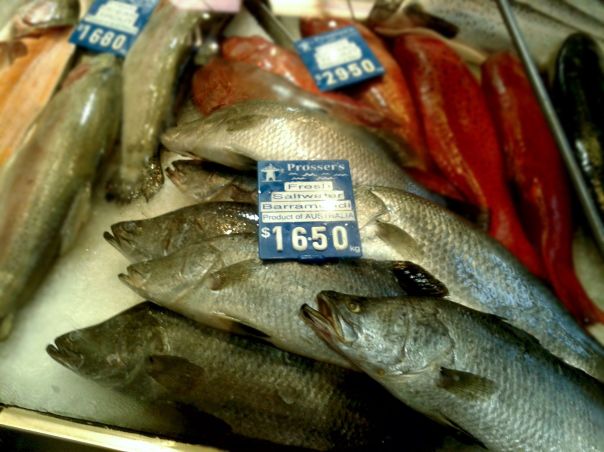 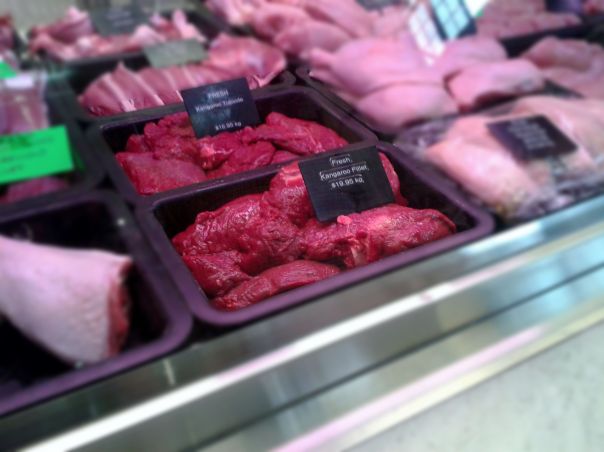 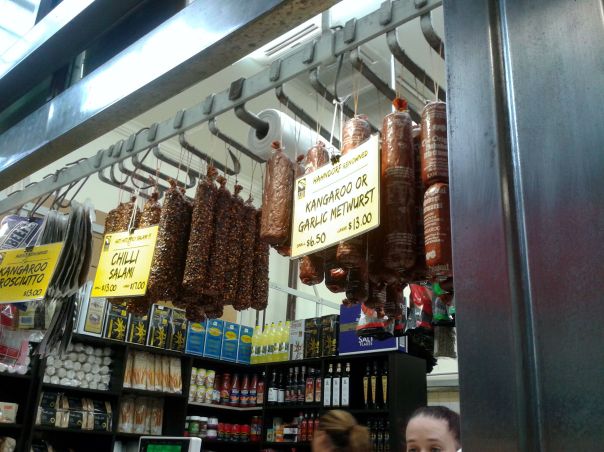 and some toothsome looking fruit and veg. Not quite as mysterious and striking as I’d hoped (too far south, I suppose) but there were eye-catching scarlet tomatoes; 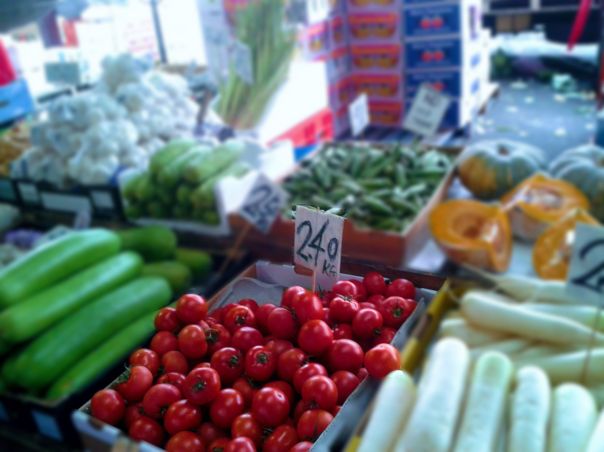 and where else but in a city whose wealth was founded on gold, would you expect to find the apples of the Hesperides? These gilded, lambent quinces really stole the show… 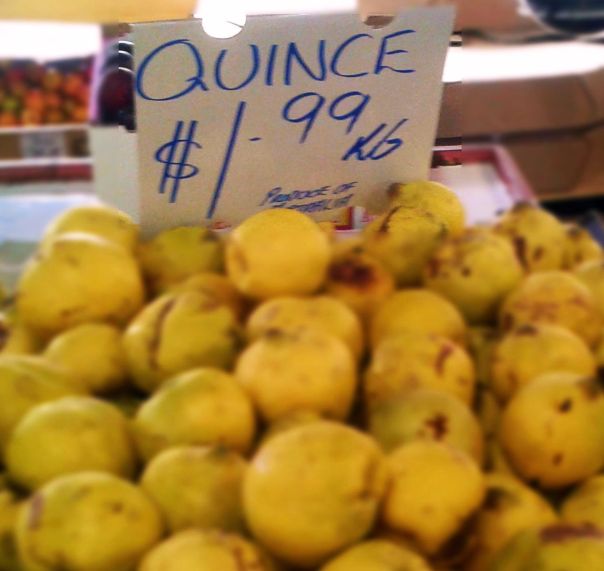