Neuschwanstein [see previous post] wasn’t Ludwig’s [Ludwig II of Bavaria] only creation. Apart from the fact that the fairy tale castle wasn’t actually finished when he died (ah, his death, there’s another mystery – suicide? murder?? escape attempt???)  the king generally seemed to prefer living in one of his smaller flights of fancy. Hidden deep in a secluded alpine valley and surrounded by exquisite  gardens and fountains lies Schloss Linderhof, the only one of his three palaces that Ludwig lived to see completed. 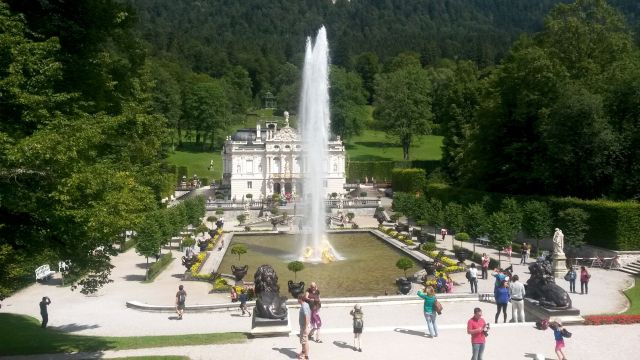 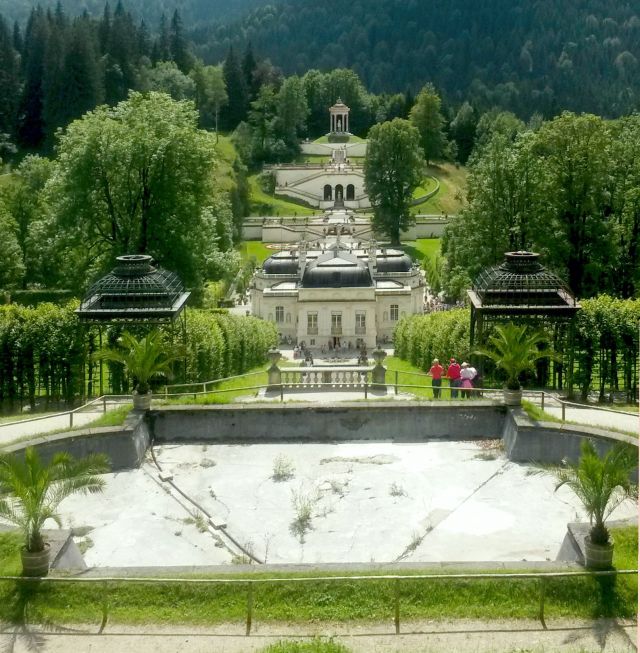 While not quite as mind-bogglingly Wagnerian as its big brother, and passing over the eccentric glories of the Schloss itself (the magic table, the hall of mirrors, etc.) Linderhof possesses one feature that moves it into the Wagner super league:  The  Venus Grotto. 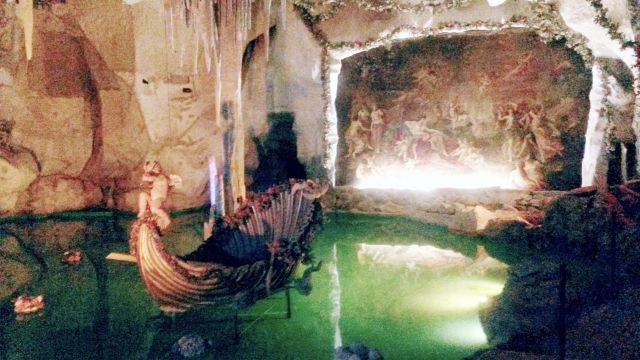 Tannhäuser aficionados will recognise the scene from the rather daringly steamy opening bacchanale of the opera: 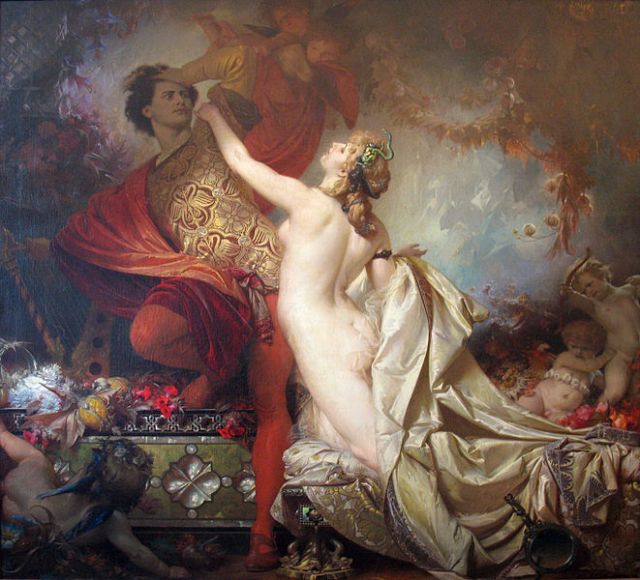 Anyway, Ludwig, who by this time had become completely nocturnal, was fond of floating about this artificial, electrically lit(!), heated grotto in the shell/swan boat you can see pictured above. The next time I see a job going as a mad king, I must apply…

And now here’s something much more gemütlich/cozy to round off with: 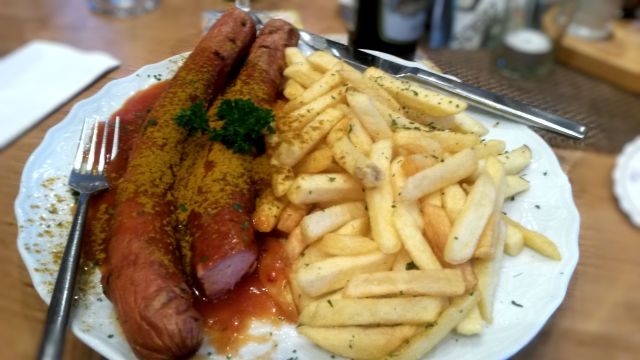 It took some persuasion but eventually I was cajoled into trying a currywurst. It’s not half bad, though the sweet(ish) tomato sauce with curry powder sprinkled on top was initially a bit of a shock. Didn’t manage to finish it – as you may have spotted from the small alp of chips, I’d made the fundamental mistake of ordering the ‘regular’ as distinct from the ‘small’ portion – but, washed down by some seriously good beer, it made a really tasty meal.

I’m now back in Swansea and will start pestering people in the fairly near future!